While strolling around the quaint town of Lille, hub and I stumble upon this little café / restaurant. It’s a bar / restaurant specialises in potato! Interesting.

I’m not a big fan of potato myself. To me, potato has always been like a supporting actor in a plate. Most of the time, I’ll leave them untouched (and hubby will finish it). Since it was close to lunch time, we decided to hop in and give this a try.

The waitress was a really sweet girl and she helped translate the menu for us.

As I was not very hungry, I went with the Entrecôte grillé, sauce poivre (pepper), crème ciboulette (abit like sour cream but, it’s made with Crème Fraiche drizzled with chives). As you can see, the portion of potato is more than the meat itself.

The steak was done to my liking (Medium Rare) but it was nothing spectacular. As for the star of the plate – the potato, it was sublime indeed. The potato is baked so well that each bite melts in my mouth. It’s almost like eating mash. The taste was so good even without the crème ciboulette. Yumz. This time, I finished up my potato…but, i was kind enough to share some with hub. hehehe…

Hubby had the Salade de Chevre (Goat’s Cheese Salad). The Goat’s Cheese was surprising light, and the citrus sauce went really well together. Aside from the slightly burned toast on the side, it is quite delicious. 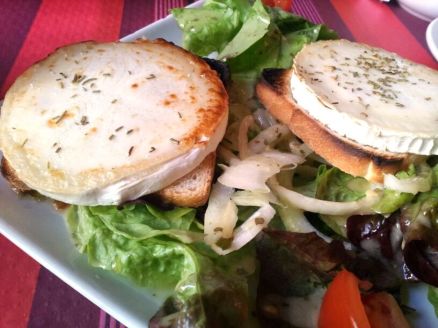 For main, hub had the La Montagnarde which was basically, mountain ham with baked potato oozing with melted cheese (similar to raclette). Not a fan of the ham but again the potato was done really well… yum yum.

If you are a potato fan, give this little restaurant a try. It seriously open up my eyes about making potato the main star on the plate. 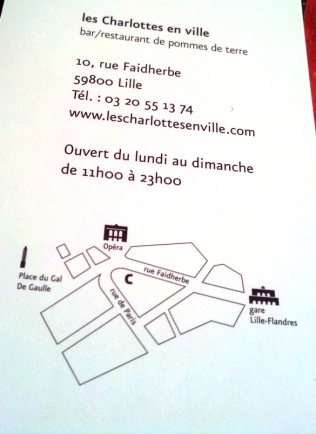